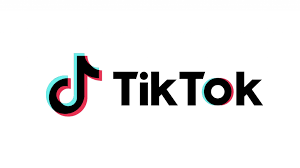 For the first time, Google and Facebook are no longer the most popular sites on the internet

From the olden days of random, sporadic blog posts to the days of early centralized hubs such as IMDB, Yahoo, the internet-scape has evolved constantly at a rapid pace.

For the last decade or two, Google and Facebook have always been the top dogs competing for the attention of internet users. In time, it was followed by sites such as YouTube (An extension of Google), Reddit, Amazon, and more. And now, the new age TikTok has taken the crown as measured by last year’s web traffic data.

How is Web Traffic Measured?

Website traffic refers to web users who visit a website. Web traffic is measured in visits, sometimes called “sessions,” and is a common way to measure an online business effectiveness at attracting an audience.

Web traffic is measured to see the popularity of websites and individual pages or sections within a site. This can be done by viewing the traffic statistics found in the web server log file, an automatically generated list of all the pages served. A hit is generated when any file is served.

For the first time, TikTok had surpassed Facebook and Google as the most popular destination on the internet, according to a technology firm that tracks online activity.

In an analysis of web traffic this year, storage software company Cloudflare found that TikTok was the most visited website and most widely used social media platform. Cloudflare’s ranking is based on how much web traffic a site generated in 2021.

TikTok was launched by Chinese startup ByteDance in the year 2016. The platform skyrocketed in attention when it bought a competing app Musical.ly, which was a direct descendant of once popular Vine, the app with 7 second video that started off the trend of mini-videos.

Its popularity began surging over the years as more young influencers and celebrities started to gravitate toward the platform and putting their content there. The format on TikTok allows for widespread creativity and social movements to further encourage a bustling community. With all these factors combined, it’s no small wonder that TikTok is as popular as it is now.

Here are the list of the top 10 most-visited sites and social media platforms according to CloudFare:

According to Cloudfare, there are more than a million concurrent users on TikTok monthly, with the majority demographic being children and teenagers. In many ways, it also spurred a new generation of creatives and artists such as Lil Was X, Doja Cat, Olivia Rodrigo, and more.