A House panel plans to propose to Thailand the establishment of five legal casinos. The panel believes the initiative of the legal casinos will reduce the number of illegal gambling in the country. Wynn Resorts has announced plans to develop a new multi-billion dollar integrated resort, with gaming, in the United Arab Emirates. Casino in the Philippines getting ready to increase capacity

A senior executive at the Resorts World Manila casino resort in the Philippine capital is “getting ready” to increase capacity “from 50 percent to 90 percent”. The B2B gambling segment grew by 19% to €267.2, driven by revenue growth from Caliente in Mexico, as well as strong growth in other regulated markets such as Colombia, Poland, Italy, and Greece. Sihanoukville and surrounds to act on casino forced labour

Any owners of hotel or casino buildings in the Cambodian local government area encompassing the coastal city of Sihanoukville, that are “indirectly or directly” involved in the use of forced labor, will have administrative and legal action against them. Macao’s going-bust moment is a tantalizing microcosm of how Asia’s casino bubble was always destined for failure, even without COVID-19. And, more immediately, why new Yokohama Mayor Takeharu Yamanaka made the right call by walking away. With the pandemic, the trend of online casino taking over brick and mortar business is accelerating and these days, online casinos is King Las Vegas Sands is Falling Amid Concern Over Covid

In early March, Las Vegas Sands announced that it was selling its Las Vegas real estate and operations for $6.25 billion. That transaction, which is expected to close in the fourth quarter, was a major shift for a company whose late CEO, Sheldon Adelson, was a towering figure on the Las Vegas Strip. 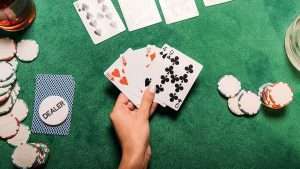 For those who are looking to maximize their winnings, even if they are beginners, poker is your best bet. There are several key mistakes people make when playing poker, and knowing them will help you avoid ruin. Trusted Online Casino Malaysia – How to find it