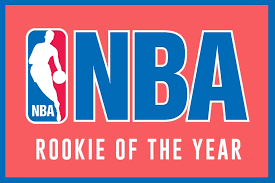 Now past the halfway point 2021-22 NBA season, it is time to take a deeper look at the ladder of the Rookie of the Year. In this new season, it would seem that the East Conference finally has a case for being the stronger conference, after the West Conference dominated the league for the past decade with the likes of the Golden State Warrior dynasty, the LeBron-led Los Angeles Lakers.

The emerging champions of the Eastern Conference naturally include the two-times MVP led Milwaukee Bucks steered by none other than Giannis Antetokounmpo, who is still putting up an MVP-calibre performance. Joel Embiid, even without his co-star Ben Simmons, is still leading the Philadelphia 76ers with a phenomenal performance. Chicago Bulls with the duo of Demar DeRozan and Zach Lavine are offensive superpowers. But with all that said, it is time for the rookies to shine.

Mobley making 55.1% of his shots and blocking 1.3 nightly put up by Cavs foes. With the pair of Darius Garland facilitating at the point guard position, the two becomes a threatening pick-and-roll lob-threat combo.

Many big center players use their length defensively to make up for lateral movement but with Mobley, he more than makes up with it with his quick strides on the court, accelerating in instants. He has shown almost veteran-like composure in closing out games and is quicky shaping up to be Cleveland’s centerpiece in both defense and offense.

Cade Cunningham had a rocky start to his first career season that has people questioning him, but once he has got the hang of it, the results speaks for itself. Not only does he create his own shots, he also facilitates the game well enough to dish pocket-passes for his teammates get wide-open looks.

His shooting reached 52.9% true shooting in January – only fault being his 3.7 turnovers per game which is evident of him being the primary ball handler. He’s only improving with each consecutive game and displayed extreme finesses in his Kevin-Durant like jumper with Kobe-like movements on the court.

Hailing from Florida State, Scottie Barnes does it all on the court for the Raptors, he plays the scorer, point forward, on-ball defender, paint protector, starter, second-unit leader. Single-handedly, he reignite the future for the Raptors that recently lost most of their past center pieces, along with Fred VanVleet and Pascal Siakam, Barnes completes the heavyweight trio of the North.

Almost a Luka Doncic comp, Wagner plays with high basketball IQ, and high energy, all finished with a clean shot at the rim from all sides of the court. He is a Point Forward and has the defensive skills to complement his skillset.

Josh Giddey has a superior skillset with his amazing length and versatility on the court. He recently becomes the youngest player to log a triple double, trouncing LeBron James’ record. He recorded 17 points, 14 assists and 13 rebounds while only committing 2 turnovers.

He’s averaging 13.8 points, 8.1 rebounds and 7.0 assists (more than triple any other candidate), while shooting 48% overall and 41% from three. While Giddey can do so much on the court, becoming a consistent shooter can help unlock even more for him