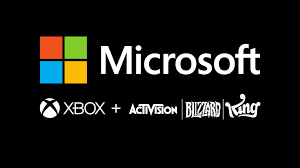 Activision Blizzard was founded on February 8, 1991, the studio has since released many games that has defined the gaming industry during certain eras and released hallmark games that created entirely new genres out of them. Even the biggest esports in the world, Dota 2, took roots at first as a community mod in Blizzard’s World of Warcraft.

In 2020 alone, Activision Blizzard’s annual revenue amounted to 8.09 billion U.S. dollars. Blizzard has been a hallmark, instant recognition name in the gaming industry that is the owner of more than a few iconic franchises, a lot which even now still has a vibrant online player base.

Despite it’s many accolades, it is commonly known that Blizzard has been on a downfall over the last decade, mainly due to strong competitors. Therefore, Microsoft’s acquisition is considered as-good-as-it-gets for them, being valued at a large 68.7 billion.

Being bought out at $95 a share, it will be Microsoft’s biggest acquisition to date. With the finalization of this transaction, it will also make the company the world’s third-largest in gaming by revenue.

“Today, Microsoft Corp. announced plans to acquire Activision Blizzard Inc., a leader in game development and interactive entertainment content publisher. This acquisition will accelerate the growth in Microsoft’s gaming business across mobile, PC, console and cloud and will provide building blocks for the metaverse.”

“When you think about potential opportunities,” Spencer later added on a conference call, “like, say, offering Diablo, Call of Duty or Overwatch via cloud streaming to anyone on any device, you can see just how exciting this deal really is.”

This statement is not without its evidence, considering Microsoft has stated that game pass now has over 25 million subscribers worldwide. Cloud gaming has been taking shape for nearly a decade now and is now is constantly inching forward to becoming a reliable line of gaming.

Microsoft has said it expects the deal to be completed in the 2023 financial year, which is July 2022 until July 2023: Until the acquisition is finalised, Activision-Blizzard will continue to operate as normal. The boards of directors of both companies have approved the transaction

Going forward, whether Kotick would leave remains unanswered. However, passing statements from Xbox boss Phil Spencer hints at Kotick only sticking around to see out the company’s transition period. There are sources that cites the potential total payout were that to happen: