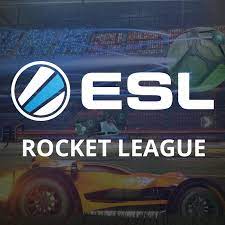 Psyonix, Rocket League Championship Series Has Landed A Deal With the Renown Operators

In a series of events that cannot be anything other than great news for the esports scene of hybrid football / car racing competitive game, a multi-year deal has been landed with ESL and Dreamhack. ESL and Dreamhack are renown organizers of some of the biggest esports in the industry currently such as CS:GO and Dota 2.

As the series’ esports partner, DreamHack and ESL will collaborate to operate RLCS competitions and produce its official broadcasts. The two entities will also support the title’s return to live events, with the first Major of RLCS Season 2020-2021 to be hosted in Stockholm, Sweden as a players-only event.

“We’ve been big believers in Rocket League Esports since day one, and we are really excited to take the next steps in our collaboration with Psyonix to help create the highest possible quality of competition for fans and teams around the world.”

The partnership will also focus on bringing RLCS competitions to more regions, including MENA, APAC and Sub-Saharan Africa. Additionally, DreamHack and ESL will support Psyonix in the commercialisation of the Rocket League Championship Series.

According to the release, both entities will help bring new opportunities for brand engagement and partnerships, as well as bring in new media partners to expand the RLCS’s reach.

The collaboration between DreamHack and Psyonix stems back to 2017 when DreamHack entered into the Rocket League esports and hosted two large scale competitions. Moreover, the two companies also launched the DreamHack Pro Circuit in 2019.

This new season introduces the most major changes to the RLCS system yet with more regions and an updated format.

The season will be split into 3 periods, namely – Fall, Winter, Spring – and each will have 3 regional events leading into an international major. With the constant development of esports across different games, many leagues have been adopting these regional format as it is best for simultaneously developing a tier-2 scene while also to continue featuring the top tier-1 teams in the spotlight.

For more Rocket League Championship Series 2021-22, stay with us at GamingSafe as we continue to bring you the latest updates throughout the year!