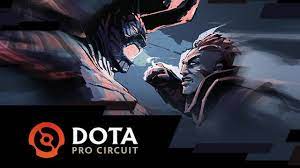 Following Valve’s sudden announcement of cancellation of Winter Major 2022, the community outrages over lack of communication

Spectators of the game and pro players backlashes over sudden announcement of cancellation of Winter Major issues as an official blog post on Valve’s website.

“While hopes were high that we could host an international LAN event, the discovery and spread of new strains of COVID-19 and the resulting increase of travel restrictions has made it unfeasible for all qualified teams to gather for a LAN tournament.” Quotes Valve, therefore making the decision that the major will be effectively aborted. Meanwhile, the points that will come from the tournament will be redistributed to two other remaining majors in the 2022 Dota Pro Circuit season.

The source of the outrage stems from next to zero clarification of where the community amassed prize pool sourced from the battle pass will go to. The total prize pool for the Winter Major comes to $500,000.00 U.S. Dollars. And players are understandably infuriated as there is no clarification for where the prize pool will go. The six regional leagues that have competed so far will get nothing in return for their months of battle.

I have no call to action or solutions to suggest, because it’s all been brought up countless times. Community managers, larger hired staff, weekly updates, they’ve all been discussed in the past. Lack of communication is far from a new issue. But with the DPC system, Valve has told players that if they want to qualify to TI, their road will be far longer, more constant, with smaller prize pools than the pre DPC majors. The least we could ask for in return is open communication from Valve.

As of 6:30p.m. Pacific Standard Time, Valve issued an update regarding the situation and claims that they are working on a solution

Pro Player’s Outcry on the Situation

Quinn, a North American pro player for Quincy Crew that is currently leading the North American region boards with a 6-0 series record was streaming during the time of the announcement. Several points stated during the stream includes:

Many of these points are further echoed by the community, expressing that the community shares the same opinion as the pro players.

Dota is one of the reigning esports that holds the record as the tournament with the highest esports by a wide margin. The top 5 list on esportsearnings reflects this:

The next few days, depending on how Valve addresses the situation, may be critical for the future of the Dota 2 pro scene. In the meantime, there is also a major patch 7.31 looming on the horizon.